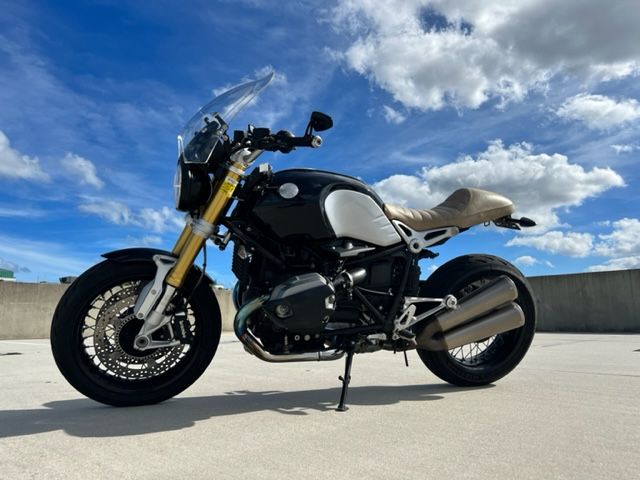 The 2016 BMW R nine T is a motorcycle model produced by the German automaker BMW. It is part of the company's R-series of retro-style bikes, which are designed to evoke the classic look and feel of BMW motorcycles from the past. The R nine T features a 1,170cc air-cooled boxer engine and a shaft drive, which gives it a distinctive look and sound. The bike has a comfortable riding position, a standard ABS and optional traction control. The 2016 model has several updates over the previous model such as new suspension, new exhaust system, and new LED lights, which improved the overall performance and aesthetics of the bike. The R nine T has a minimalist design, with a focus on quality materials and craftsmanship. It was well received by the riders and media as a stylish and well-built motorcycle that offers a unique riding experience.